In patterns similar to those in early 2020, restrictions reduced the volume of trips to supermarkets,  yet basket totals grew by 20.9%. Tesco is the most popular retailer in NI, with over 35% of the market, with growth adding £130 million to its overall sales. Sainsbury’s remains the second largest retailer, followed by Asda and Lidl. All retailers saw growth across the year; however, Lidl was the fastest growing, up by 18.8%.

It’s worth highlighting the significant uplift in consumer spend at symbol stores, at 22.2%.

Easter eggs were booming this year, with sales over the last 12 weeks up by 68.9% year on year. St Patrick’s Day tipples saw an increased spend on alcohol, up 29.4% in the same period. 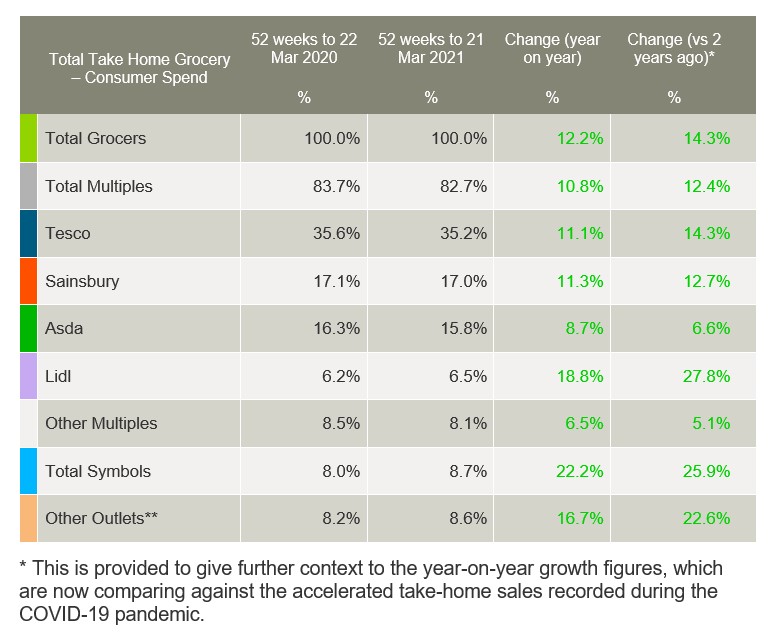