[20 August] Following several months of exceptionally high levels of supermarket spending, the trend has slowed slightly, according to Kantar. Grocery sales growth was up 14.4% year on year, in the 12 weeks to 9th August, with a total spend of £9.7 billion in the last four weeks. While still higher than pre-pandemic levels, it’s the lowest spend since February 2020.

With fewer restrictions on movement and more consumer confidence, shoppers are reverting to more typical behaviours, with increased numbers of store visits, with an average of 14 trips per month. This is lower than last month, but higher than April and May when rules were tighter. Regions of England are seeing more localised variations however, as clusters emerge causing isolated lockdowns.

For the first time since March, the average spend dipped below £25, however at £24, it’s still significantly higher than the pre-pandemic average of £19 per visit.

Looking at the retail sector as a whole, spending declined by 2.6% year on year in July, the smallest fall since lockdown began, according to Barclaycard. With a large proportion of the population still working from home, it is no surprise that fuel spend was down by 22% in the month.

We’re still in a bedding in phase of mask wearing in NI, however with restrictions coming into effect earlier in other UK regions a better picture is emerging. 37% of adults now feel unconcerned about visiting shops, with those over 55 least likely to feel concern. Amongst those feeling comfortable, 46% are reassured by people wearing face masks and 45% by the presence of antibacterial hand gels. 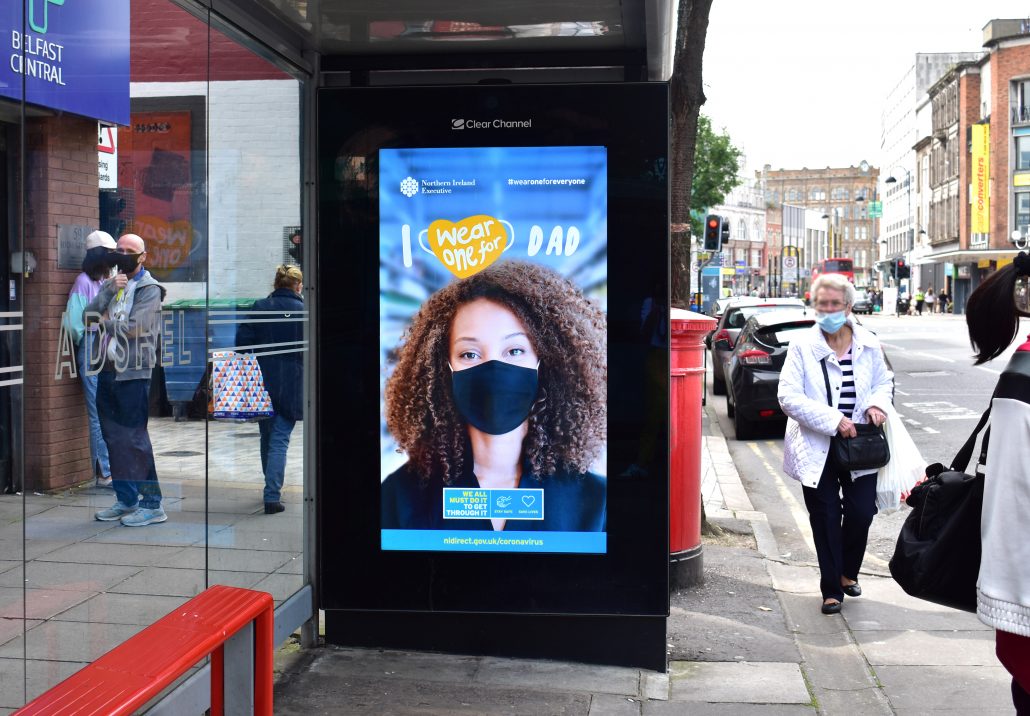 Now Near Next – Removing barriers is key to engagement