This week we are publishing the first set of findings from an extensive piece of research we commissioned on how consumers will be spending their cash over the coming months. The ‘Spending Time’ study looks at four key categories of consumer spending – Leisure, Clothing & Accessories, Personal Tech and Home.

To kick off this week, we are covering Leisure and Home. Overall though, the study points to an unleashing of pent up demand in the months ahead with high levels of intention across the various product categories. Levels of intent obviously vary by age and product type but generally, intent among women is higher than men across the majority of products.

Four in ten respondents intend to purchase hotel stays in Ireland in the ‘next few months’. For females, this is above 50% and the higher earning AB social class is highest, at 46%. In terms of age, the peak of 44% is among 35-44s but there are no major differences among age groups. 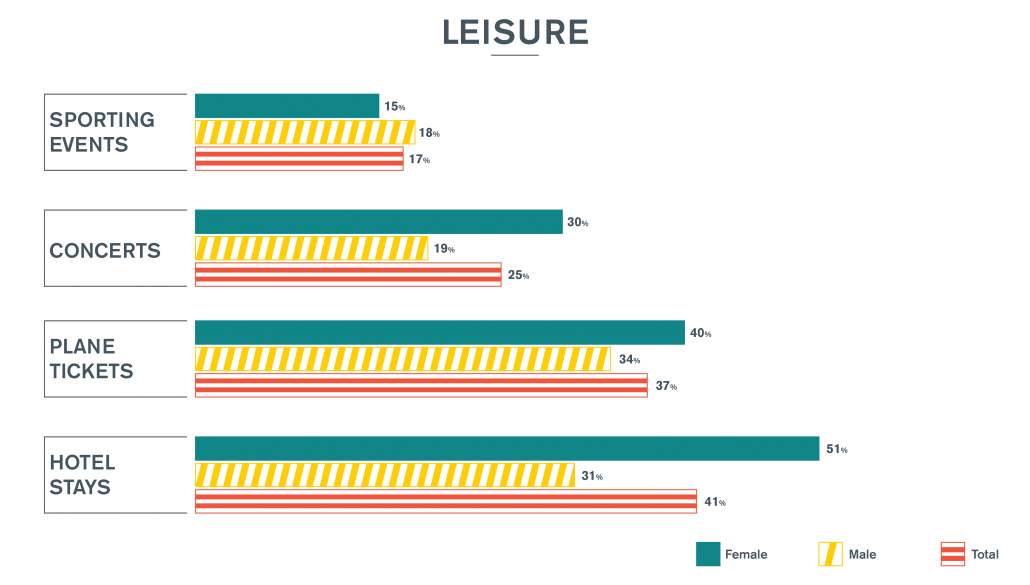 Younger people are more likely to be buying plane tickets with 44% of 16-24s intending to make a purchase in the coming months, compared to just 25% of 45-54s. Again, females register higher than males at 40% v 34%.

As vaccination levels increase by the day and sports and music events are re-emerging as entertainment options for people, audiences appear keen to re-engage in these activities. A quarter of all adults will be buying a concert ticket in the coming few months, rising to more than one in three among 16-54s. 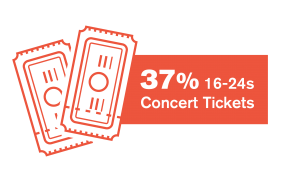 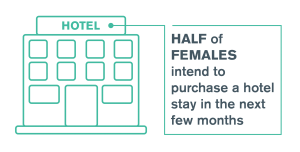 Females appear more excited about seeing live music again with 43% of 16–24-year-old women intent on getting a ticket compared 31% of males the same age and 19% of males overall. One of the few areas that males are more likely to be making a purchase than females is on sporting events – 18% v 15%.

We’ve probably spent more time at home than ever over the past year, so its perhaps no surprise that respondents are intending to make some changes in the weeks and months ahead.

20% of those in the 45+ age group will be making an investment in furniture for their homes, a similar figure is also recorded for the 35-44 group (21%). No significant difference among genders here.

Smart home tech such as Alexa and Google Home speakers are gradually becoming more a part of domestic life and a purchase in this category will be on the agenda for more than one in ten households. This rises to one in four males in the AB social class.