Our insights into driving activity in Northern Ireland show activity has remained steady again, with the weekly average constant at 89% of the pre-Covid baseline figure. Daily movement patterns are replicated through the week, with little change. Congestion levels through Belfast also appear to be increasing, with live data for today (Friday 20 November) showing morning rush hour traffic was increased above that seen in 2019. 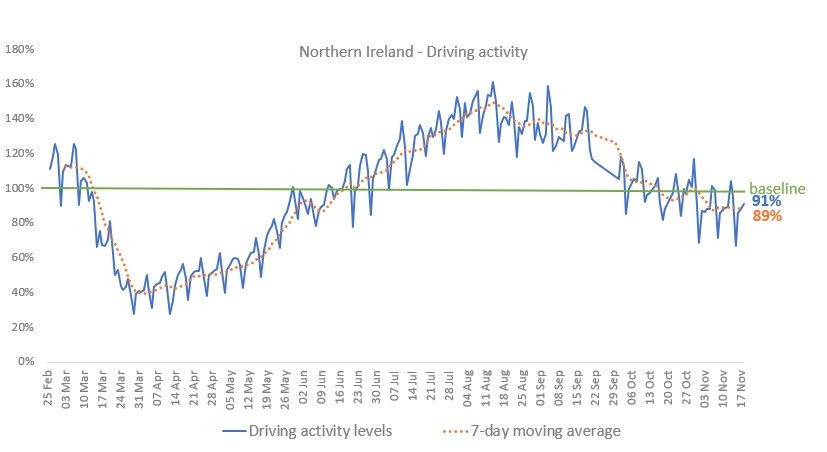 Average pedestrian footfall in grocery and pharmacy locations remains high, with the weekly average at 84% of the baseline. There has been a small decline this week, however we expect this to reverse in coming weeks, as Christmas shopping increases and grocery and pharmacy locations remain open. Footfall in work environments also remained static, at 68% of the baseline. Advice remains in place to work from home where possible.

Now Near Next – Last window of opportunity

Now Near Next – Unrestricted: How COVID has failed to Suppress OOH Ef...
Scroll to top